My sister had her baby last Friday! YEY! Baby boy number 2 arrived around 12:30pm weighing 9lb 7oz  and 57cm long. They have named him Grayson Midian Watene. He's pretty cute if I do say so myself.

I have been LOVING spending time with Auron lately. He's so much fun and such a good little boy. I have been pretty sick and sore over the past 2 weeks even getting dinner cooked or the washing hung out is a big accomplishment I doubt i will see the outside world much until after this baby is born. Even with a sick mama Auron has been happy to sit up in bed with me and reading books, watching some Sesame Street, doing his drawing and other little games he has.

It's tax time again here, it seems silly to get another tax return seeing as we only just got last years one a few months ago, but that was all spent a week later when we bought a new car. Hopefully this one is easier than last years and doesn't take 8 months to come through. This one will probably go into savings or something boring like that.

I think we have kicked the scared of baths thing in the butt. My back was killing me the other day so ran a hot bath for myself and Auron just enjoyed standing on the outside playing with the toys in the water. After about 30mins he decided he wanted in and stripped of his own clothes. He then played in the bath for another hour after I had gotten out. Success! I still don't know what his problem was. Showers are still a no go though. We will probably start swimming lessons at the start of next year hopefully he will enjoy them.

On Saturaday I was feeling somewhat good and thought we should get out and do something while we could. We just did dinner and a movie. Aarahi had gotten some movie vouchers from work so he picked to go see the new Batman movie. I was really enjoying it but only made it through 2/3 of it before I was too sore to keep sitting there so Auron and I went and hung out in the arcade while we waited for the movie to finish. It wasn't a total loss though, there was a couple playing on one of those machines where you use a claw type thing to pick up a toy an drop it in the hole. They won Auron a few toys because they thought he was cute. He was pretty happy about it, but he's a bit unsure about the Ice Age toy.


And some photos of the cute new bubba... 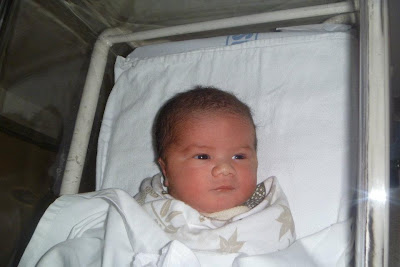 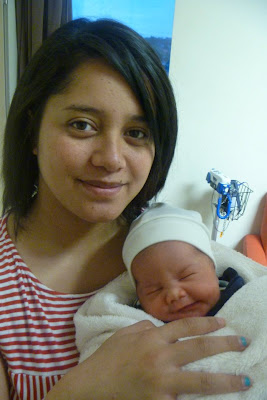