I thought I would document our little getaway to Phillip Island. I had bug hopes for this weekend but unfortunately it didn't eventuate exactly how I had imagined. Overall it was a pretty good weekend though.
We left home once Aarahi finished work around 2pm hoping to miss the rush hour traffic out of the city. After a quick stop at McDonald's we were on our way. Poor Auron had already fallen asleep and missed out on out junky treat.
It took about 2 hours before we arrived and the weather already looked like it was packing in. Once we got inside the cabin the kids were a little too excited and we could tell that our smart idea to go super cheap was probably not such a good idea after all. We had rented a small cabin which didn't have any closed off rooms other than the toilet. The rest of the space comprised a queen size bed, dining table, kitchen, couch and set of bunk beds all in a space about the size of our living room.
We planned to go out for dinner to this lovely restaurant I had read about but by now it was pouring with rain and I was feeling pretty sick so we just ordered takeaway from the restaurant instead. It was some of the best chicken I have ever tasted!
The next day we went to a trout fishing farm. Lili was absolutely beside her self the majority of the time which made for a less than stellar experience for everyone. Still to this day I have no idea what her problem was. I'm thinking it all started because I didn't buy her the bottle of juice she saw inside the shop. Anyway she eventually fell asleep much to the joy of everyone. Auron and Aarahi both caught a fish each. Now we are not much of a fishy/seafoody kind of family, but once we caught the fish we had to do something with them. They gave you the option of having the fish you caught battered and fried and served with chips and salad, or they would prepare, marinate and wrap it in foil for you to take home. We got one cooked and one to take home.
The fish tasted....I'm not sure how to explain it. We ate it all but neither of us really enjoyed it. I think we were slightly put off by the fact we had seen it alive 20mins before hand. The second fish is still sitting in our freezer, so if anyone wants it your free to come pick it up.
We planned on going to see the penguin parade where you can watch all the little penguins come in from the day out at sea but Lili was still sulking about her bottle of juice or whatever her problem was, so we skipped that and went back to our cabin to eat pizza and watch TV in bed.
On the Sunday Liliana was finally back to her normal self and we visited a chocolate factory, that was pretty awesome. There were heaps of chocolatey treats and fun stations and exhibits. Finally we set off home. Auron had a melt down when he saw us drive in the driveway. He still wanted to go on holiday. I think he felt a bit ripped of to tell you the truth. All week he had seen the ad on TV for the Gold Coast and all the theme parks, I guess that's where he thought we were going. He also wanted to to go on the plane. That one I can understand as when ever we have gone on holiday before we have had to go by plane. To tell you the truth it was SO nice not to have to catch a plane for once! 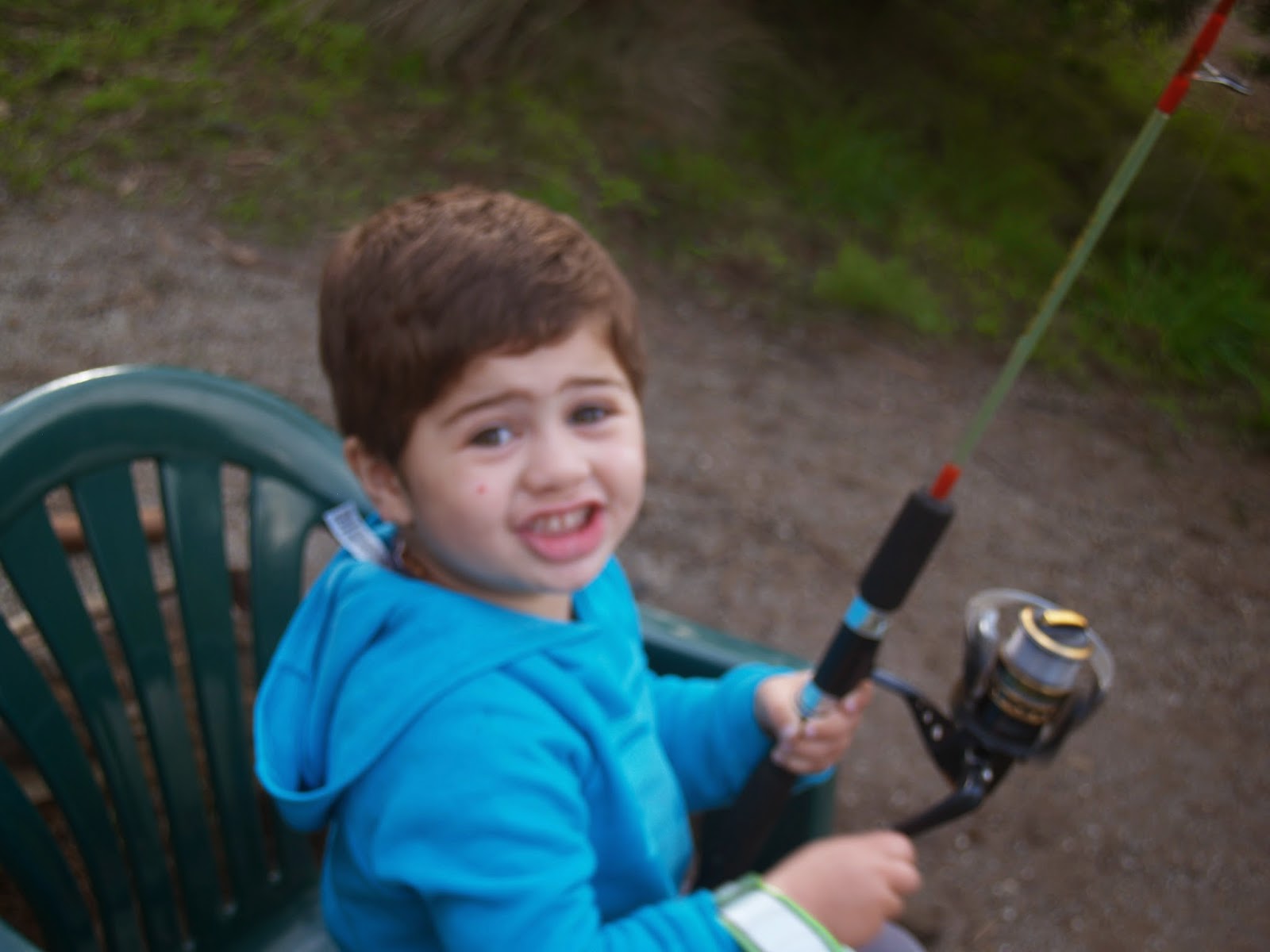 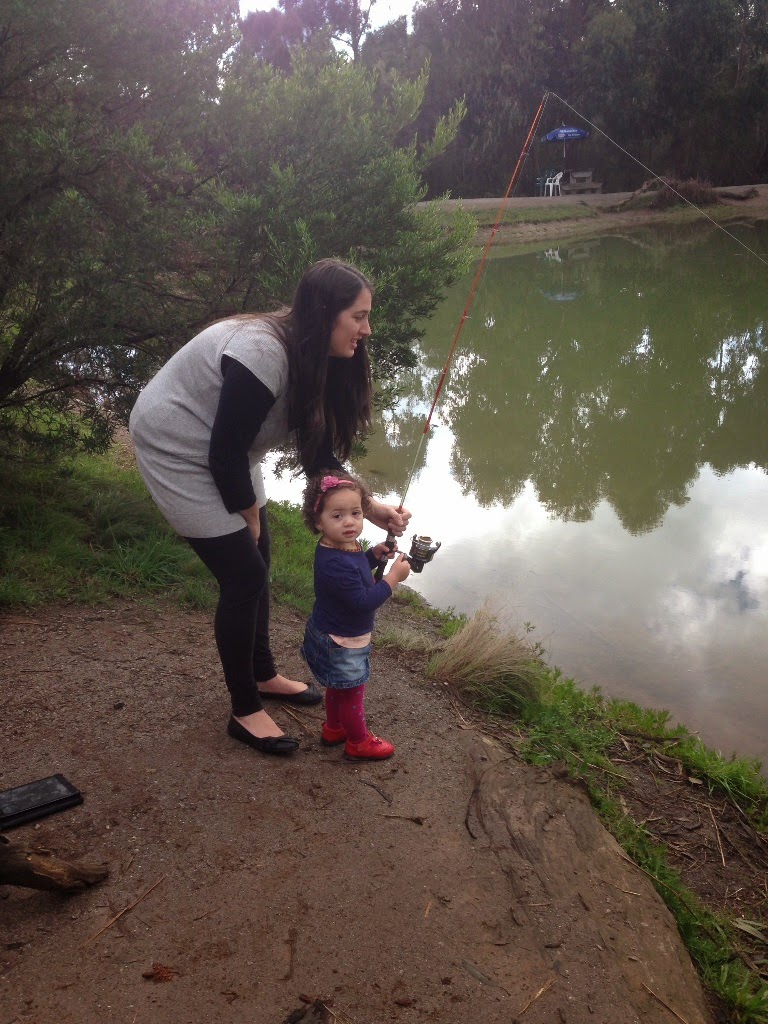 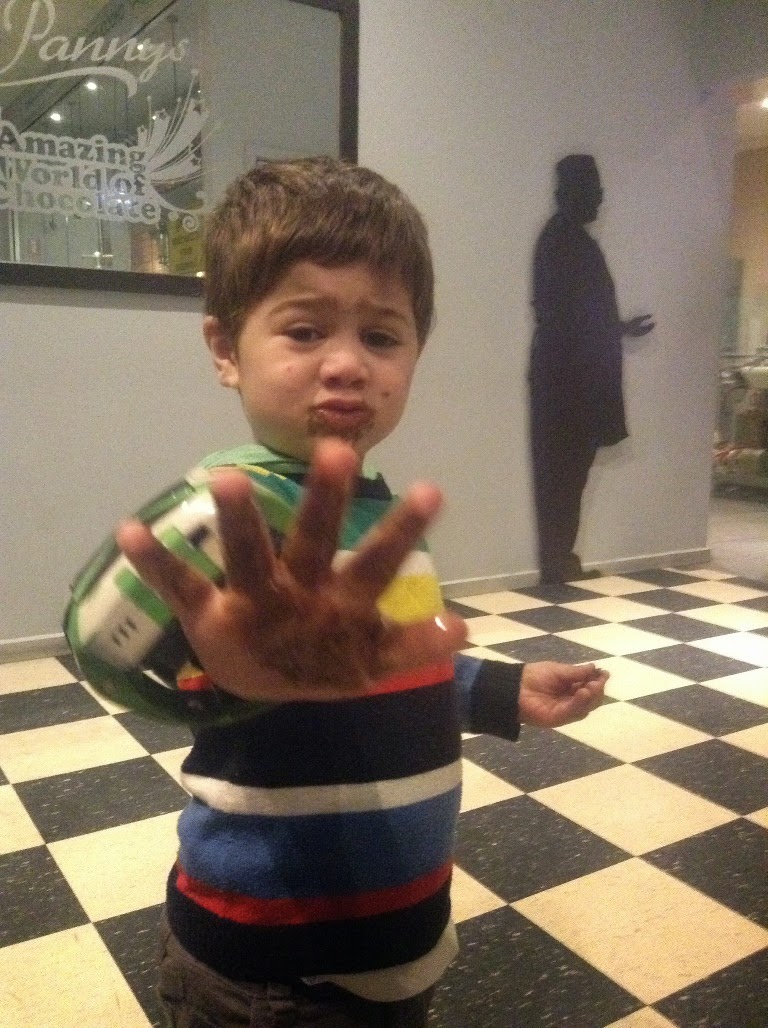 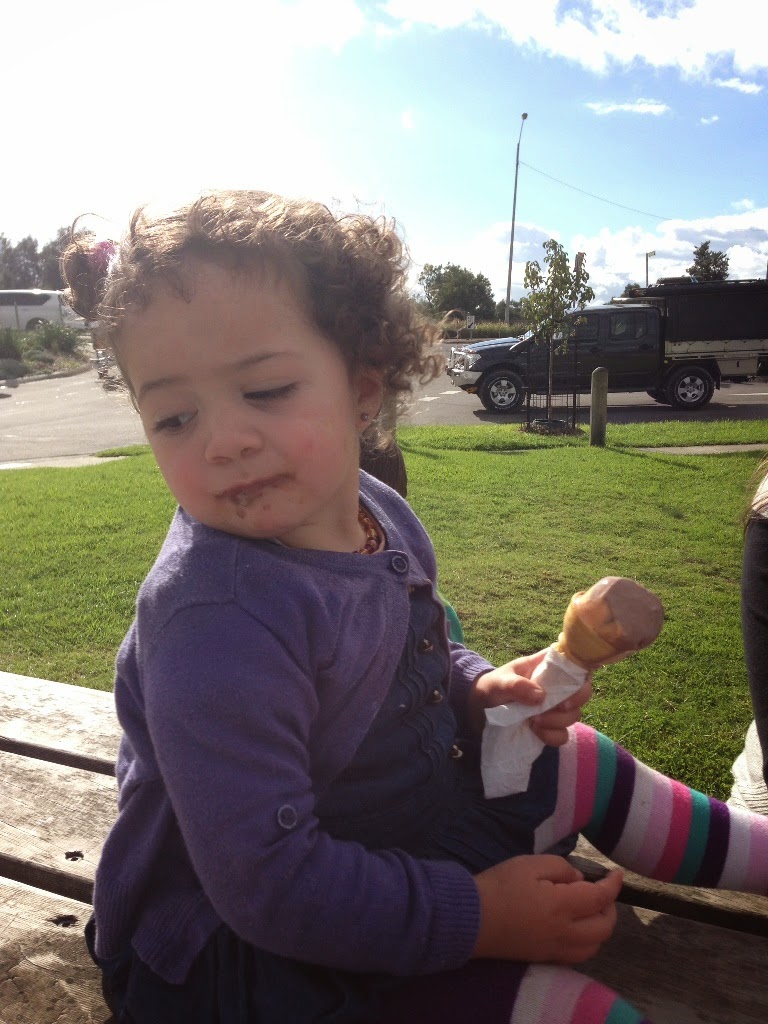