Where Have We Been?!

So where have we been the last 4 month or so? well in the middle of morning (all day) sickness topped of with a touch of pure exhaustion.
Our newest addition is due around Christmas time. While this baby was planned we were quite caught off guard when it actually happened. We thought it would take at least 6 months like the other two. This baby was just far too excited to get here and we had a positive test after just 2 weeks.
I knew I was pregnant, despite 5 negatives. So I thought alright just one more then I'll be convinced. I splurged on one of the expensive tests, I think it was something like $12 for one test. I considered waiting until we got home from shopping to do it but as people will tell you I am not the most patient person in the world. I bought a bottle of water and drank it then visited the bathroom at the shopping centre. I stood there for about 10mins examining the stick, holding it in different lights just to see if it might make a difference. And voila! the FAINTEST little pink line was there. I mean it was so faint you had to squint to see it.
Aarahi arrived to meet us about 20mins later and couldn't understand why I couldn't wait until we got home. We all went and bought ourselves a little present and went out to dinner to celebrate.
I thought I had escaped the dreaded morning sickness as I felt pretty awesome right up until around 9 weeks. Unfortunately I got struck down. I didn't have so much as nausea as I did extreme fatigue. I have barely left the house in a few months now.
My kids have eaten far too much cereal, and watch more tv than I would care to admit in the last few months, but seriously you just do what you have to do. I'm happy they aren't very demanding and they think breakfast for lunch and dinner is just awesome.
We planned a trip away to celebrate making it though the first trimester (usually when I'm feeling much much better) but I still wasn't well. The holiday went ahead but it wasn't quite the fun exciting event I was hoping for.
Anyway, I think we are past the worst of it now and eagerly awaiting our newest arrival! Our kids don't know yet. Auron has a fantastic memory and will likely ask me 10 times a day if the baby is coming today. I can't take that haha.

So that is where we have been. Now that I'm getting back on top of things I hope I will be able to write more often. 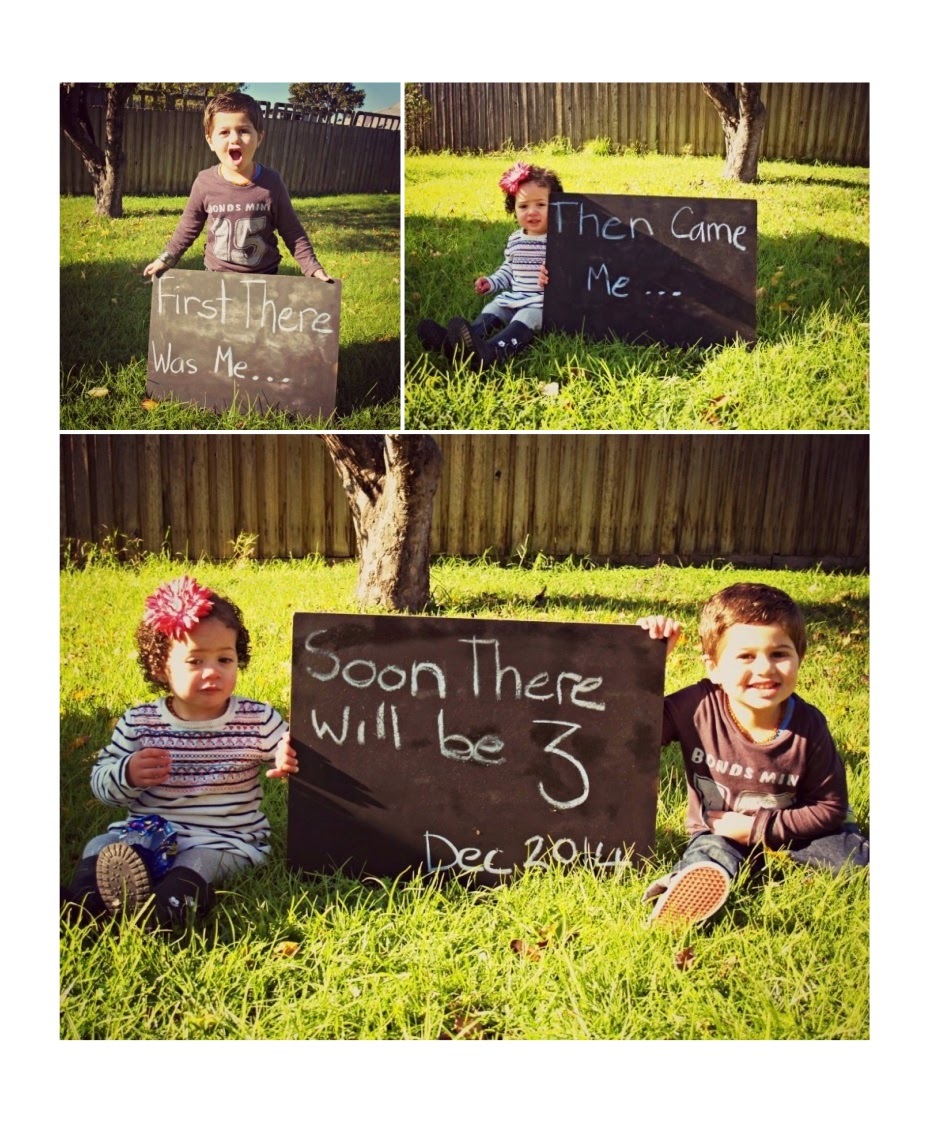