The week that was

We had really crazy week this past week. Aarahi didnt work on Monday and Tuesday, but it was good to have him home.It made me really lazy though, I kept thinking it was the weekend so the housework got neglected.

Auron's had cradle cap so i asked the health nurse what i could do to get rid of it, she told me all these things I could buy that might work, but the thing that she swore by was baking soda...just mix it up with water and put it on baby's hair and let it dry. I was pretty disbelieving about the whole thing but it WORKED. 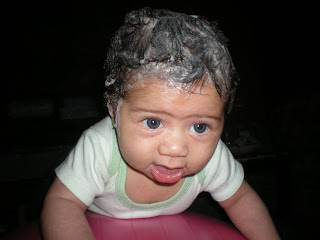 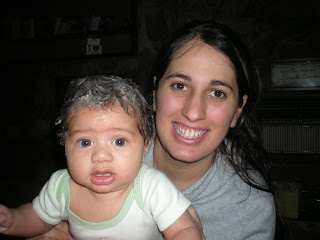 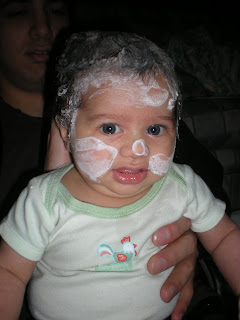 It was my birthday on Saturday so we headed out to breakfast at IKEA. For those who dont know what that is, its a massive homeware store that has a restaurant in it. You can get a big breakfast of bacon eggs sausage tomato baked beans and hot drink for $2.90.

Aarahi teaches mission prep for the stake and they had the final lesson in the series on Sunday so we went over to the couple who supervises home for dinner. Bro Lowes loves music and managed to coax Aarahi into singing. It was good to hear him sing again as he doesnt do it very often any more. 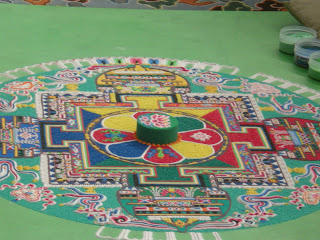 There were some Monks at the shoping centre doing these sand murals. It was amazing! they tapped a horn thing and the sand came out. Its hard to explain but yeah it was incredible to watch. 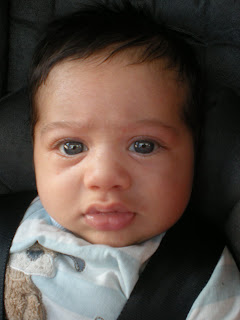 The little monster HATES his car seat. This was him after having a melt down, I had to climb over the seats to shove his dummy in his mouth. But hes sooooo cute! 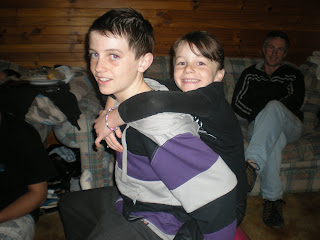 My cousins Ethan and Bronte We played the Chocolate Game. It started out very tame but ended in chaos 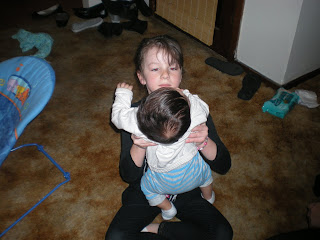 Bronte LOVES Auron, shes always making him toys and drawing picture. He is slowing starting to not cry when she holds him. Her answer to stop him from crying is to bounce him like crazy, its hilarious to watch and he loves it too, laughs and smiles like crazy. He is definatly a rough and tumble baby. 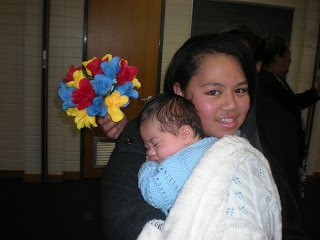 Fast asleep with Paris. When i was 7 months pregnant one of the kids in primary asked "Sis Matthews when is your baby coming?" Paris replied "Oh are you pregnant? i thought you were just fat..." 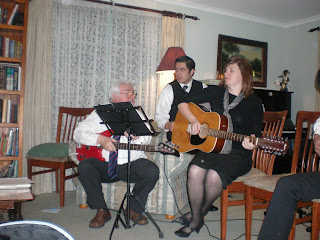 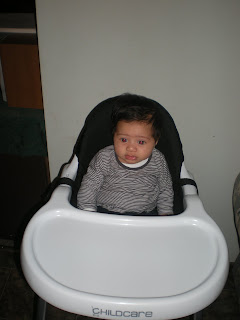 Auron likes to sit at the table at dinner time, he really does think hes a big kid!
Posted by clin133 at 22:01