My cousin Sarah arrived in Melbourne today on her way to Perth. Her Little boy Izayah is about 8 months older than Auron. Hes super cute and delicious too. Its soooooooooooo good to have them here, I've been a bit homesick lately so it was good to see some familiar faces. They're only here for two days but will be back a little while later to stay longer. Sarah did so well traveling alone with a 1 year old overseas.

The boys havn't been too keen on the sharing thing. The first thing Izayah did say when he found Auron's toy corner was smash his prized Boost Juice cup. Auron burst into tears and well needless to say we went and bought a new cup today.

In other news this week I bought a "moby wrap" off ebay for $30 they retail for around 80-130ish so good deal. I heard they were reeeeeeeeaaaally good, but wasn't convinced enough to buy one new. May I  just say that it has been the BEST thing I have bought for "mummyhood" Its amazing! I can carry Auron around town for hours and not get tired or sore back. We don't even bother with the pram now. Auron seems to like it too, he falls asleep almost every time he goes in it.

The new love of my life is "Big Bang Theory" Its a pretty fantastic show. We just bought the 1st three seasons on dvd this week.

Um in our effort to save more money I thought it would be a good idea to pay for things in cash and give ourselves $50 between us to spend on extras...we did really well for the first week. The second week not as good and this last week we did terrible. Come Thursday (our pay day) we decided clean slate.....did the groceries didnt spend too much then we were hungry and treated ourselves to kebabs and Churros. Friday...yup went to town after Music at the library and saturday....well lets just say we are far too impulsive. So any ideas on how we...more so me can curve our spending then let us know. 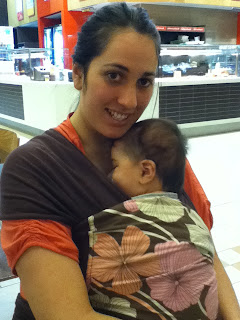 The BEST baby carrier ever 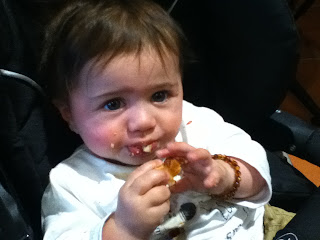 Chowing down on some of Mama's pizza 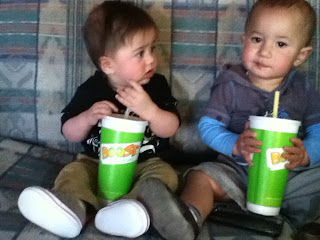 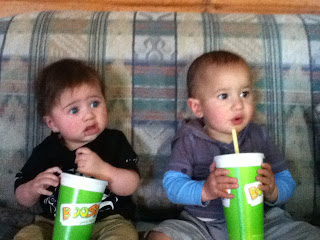 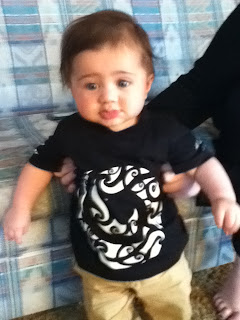 My cool All Blacks top Nanny Mary sent for me. 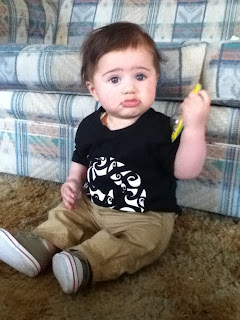