Things just cost too much


I've been getting more and more frustrated about how much stuff costs at the supermarket etc for quality stuff. So instead of complaining about it I decided to make some of the things we buy because I know i can do it cheaper and produce a better product. This week I started with bread...no more supermarket bread laden with preservatives, fresh pasta, and home made muesli and laundry detergent. I priced it out at around .70c for 63 washes. It worked really well, the clothes came out clean and smelt good  Aarahi's been taking his breakfast to work and using the milk there. He says its a win win, he saves time in the morning by not eating and we don't need to buy so much milk.

Oh Auron is well on his way to crawling. Its pretty cute he can go backwards but hasn't figured out the forward  motion yet, so he will back himself into a wall or corner then cry for someone to come get him out...then do exactly the same thing. Hope he figures it out soon.

I've been trying to get Baby into some sort of routine this week. Usually i just let him eat drink and sleep where and when he feels like it. This has been working pretty good for us but seeing as his preferred sleeping place is in bed with us (because that's where we like him), and it's starting to get hot at night its only sensible for him to start sleeping in his own bed. Due to me letting him feed whenever he wants he's a bit of a snacker and would wake up mulitple times a night, not that I mind too much but I think he will be better off in the long run if he learns to sleep through.

Day one of new routine: fantastic....and this is how its continued. He has a bit of a cry when i put him down sometimes but hes not too phased by it and only woke up once last night. Looks like we may be on to a good thing.

Aarahi's started working Saturdays again, as it's gearing up to Christmas. This will probably continue right up until Christmas eve. He doesn't mind too much its only a few hours but gets paid for a full day. 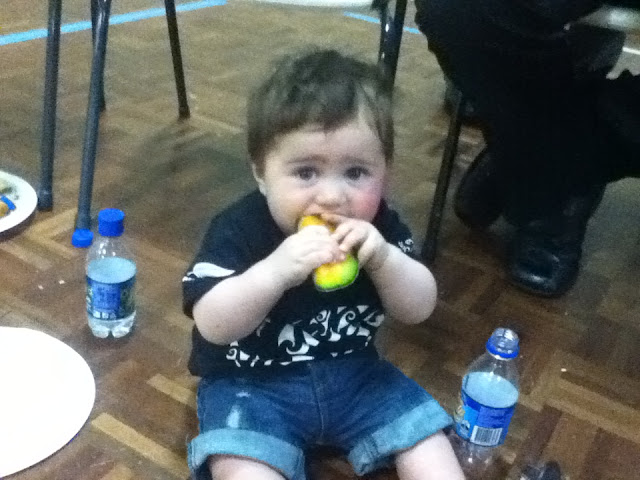 Chowing down on some Rockmelon at the Chapel. 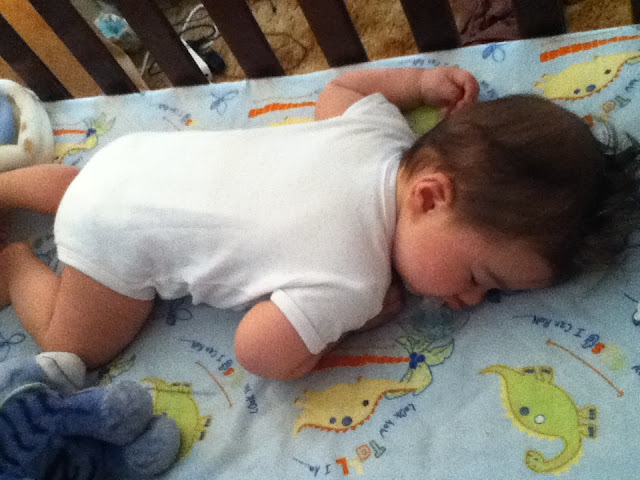 I know he's supposed to sleep on his back but he puts himself in this position so he can just stay like that. 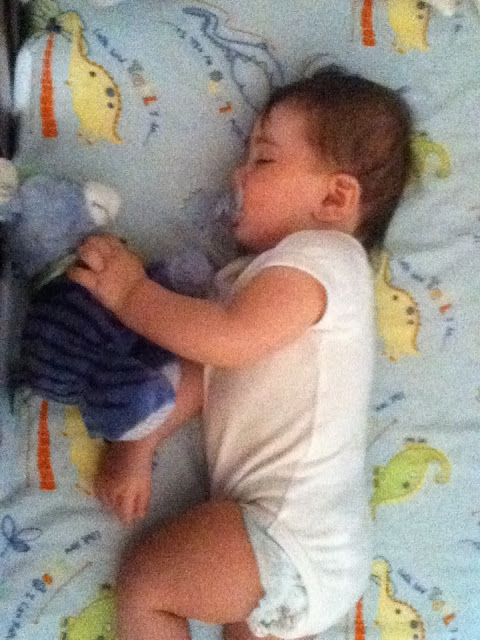 Fast asleep with Zuko the Zebra. This is the Zebra from Aarahi and my first proper date! 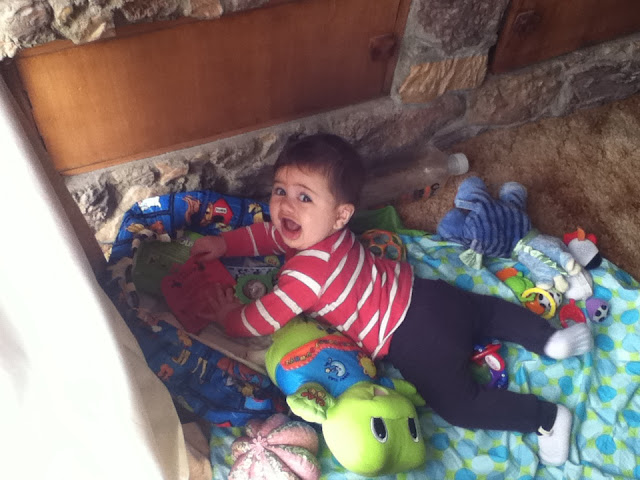 In my toy corner. It's mummy's attempt to keep all my toys in one place instead of all over the house.