A bit of this and a bit of that

A report for this week....very uneventful. Auron is sick with a snotty nose and a little cough. He's a good sick baby though not too fussy.
We have been busily planning our America trip for next year. Lucky Auron will get to go to Disneyland for his birthday, not that he will remember but I have no doubt he will rub it in his siblings faces....haha at least that's what I would have done.
Over the past month Aarahi and I have been trying to better our attempts at personal scripture study. We implemented "Alphabet Scriptures". On Mondays at Family Home Evening we pick a topic for the week starting with the letter of the alphabet that we are up to. For example so far we have done
A: Abrahamic Covenant
B: the Beatitudes
C: celestial.
The following monday we follow up on how well we did and what we learnt. So far....we've been pretty average.

We have also decided that we are too fat and need to exercise more. So each day we are going to go jogging...hopefully we can stick to it. I will report back next week, we start tomorrow.

Auron's been doing good, started doing some standing by himself. Just a few seconds usually when he's playing with his toys standing up next to the couch, he lets go of the couch for a few moments and stands alone.

We went out to dinner and desert on Saturday. To a burger place like burger fuel. the burgers aren't as good but the chips are amazing. Then some spanish doughnuts for desert which we ate in the car on the way home.

Here's the photos for the week. 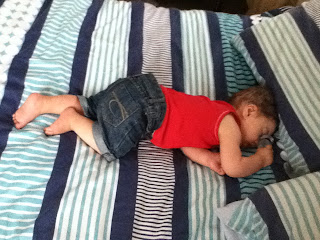 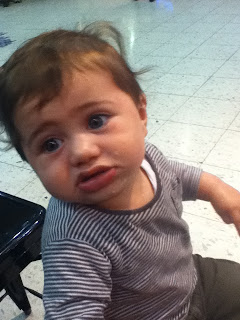 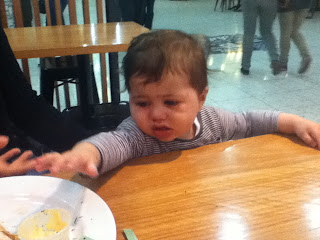 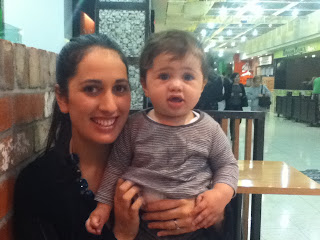 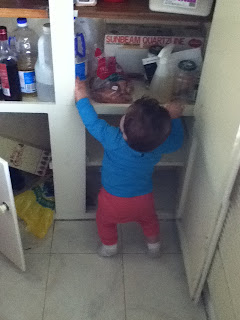 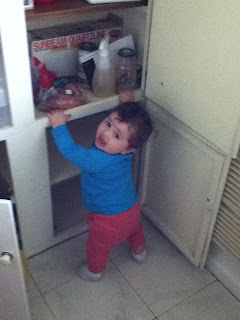