WHAT A WEEKEND!!!!!!!!!!!!!!!!! it was so much FUN. We left Melbourne at 730am for Sydney Saturday morning, unfortunately we had to be at the airport at 530am ugh too early. Auron's first flying experience went well, the seats on the airline we were on were the most squishy seats ever though.It was literally like a tin of sardines. The flight went really quick though. We then caught the train into the city and did a little sight seeing. Well pretty much just the Opera House and Harbour bridge we didn't have too much  time on our hands. We also went for a walk around the Botanic Gardens and the Harbour. It was such a BEAUTIFUL day not a cloud in the sky. We then met up with Aarahi's cousin Ashleigh and went up to our hotel. We actually stayed at Rydges which is where we stayed for our wedding. The room was pretty much exactly the same too which was cool. We then headed off to the wedding where Aarahi got to see a few of the guys that he served his mission with. I on the other hand got to hear some of the mission stories which I'm sure he intentionally neglected to tell me. When we got to our table (all mission boys and wives) we were the only ones there for a good hour or so seeing as the rest were late or didn't show. That was fine with us though we lots of the entrees ourselves....what fatties. There was SOOOOO much food! it was a huge wedding around 300 guests. We actually saw our friends from our ward there, surprised much! There was heaps of dancing and FIREWORKS! yes fireworks inside haha it was so much fun.

We left before it ended because....did I mention we left the baby with Ashleigh? well I was having too much of a hard time being away from him. Its was the first time he's been looked after by someone other than us, and 4 hours was enough, lol mummy wasn't coping without her Pukeko. Turns out he was perfectly fine haha.

Today being Sunday we slept in late then went down the the Hotel restaurant for breakfast which was a mix of cereals, toast and bacon and eggs etc. It was only an extra $10 on top of our room and you could eat as much as you wanted.

We traipsed back into the city had an icecream from Baskin Robins (it's a really nice icecream place we don't have in Melbourne) then back to the airport to catch our flight home. We finally made it home at 6pm this evening and we are exhausted...Auron on the other hand is full of beans.

Here are some photos from our adventure.... 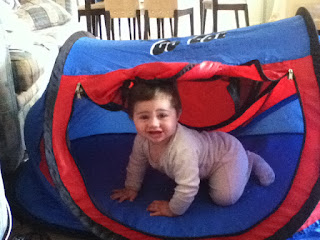 Auron's new portacot. We got it for our travels back home because its folds down small enough to fit in my hand bag and only weighs a few kgs. 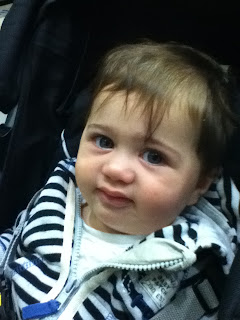 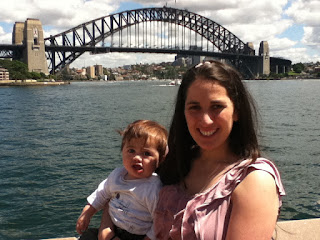 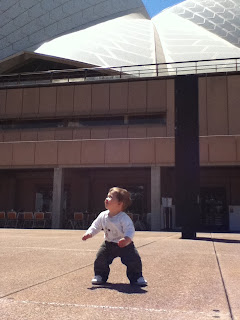 Our big standing up baby. 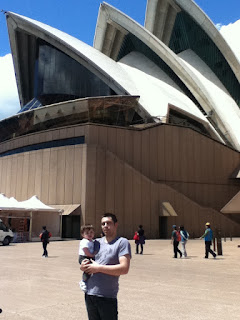 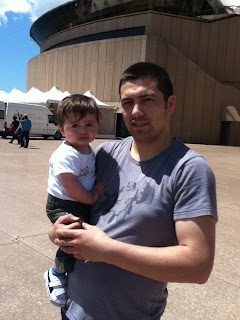 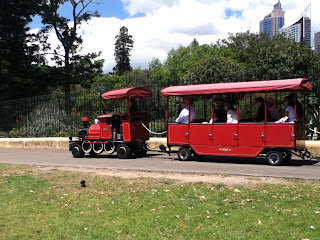 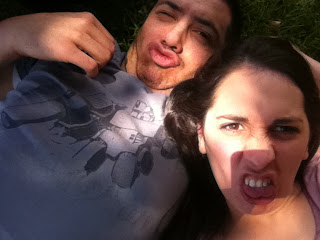 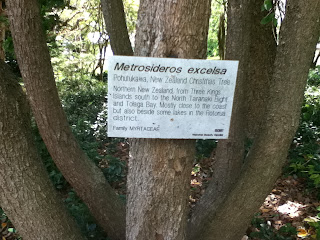 There was a Pohutakawa tree in the Botanic gardens..... 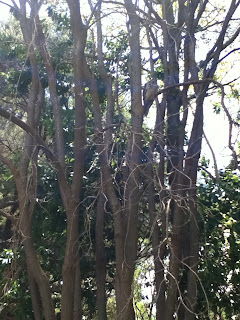 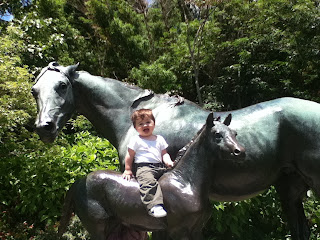 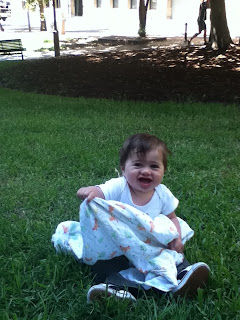 Playing on the grass. He didn't quite know how he felt about it but after awhile he got used to it. 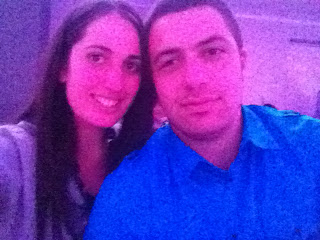 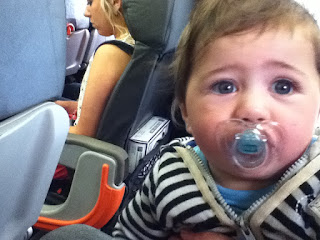 Waiting for the plane to take off sucking on my dummy so I don't get sore ears. 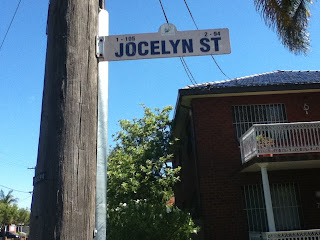 And lastly on our travels we found a street for nanny Kaye
Posted by clin133 at 23:42