This week has been cold and miserable. The washing has been hard to get dry, to the point I was running out of clothes that could fit me...not hard these days. I think perhaps investing in a dryer is something to consider especially since we use cloth nappies on Auron.
Due to the bad weather we've spent pretty much everyday inside with the heater on full. We have managed to do some fun things like painting and gluing things and lots of colouring. We have also been trying to learn about our face, eyes, ears, nose etc. Last week we managed to go to the library after my hospital visit and get out some book. Auron hasn't been too impressed with my selection and still prefers the ones we already have at home. He has a fascination with cooking books too...takes after his mama there.
Auron is finally starting to talk! YEY! I know he understands a lot when we talk to him but he's never really made any effort to actually talk aside from calling out to 'dad'. His second word after 'dad' has been 'thank you' haha pretty proud of that one!
The end of June is the end of the financial year in Australia. The big retail stores usually have huge sales, mostly on toys but other stuff too. LAst night we went out to see if there was anything we might want to get for Chirstmas and ended up doing all our christmas shopping. Auron was a bit upset when he saw me put the cool new toys away but he came right when he saw the Sesame Street DVD daddy said he could have now.
My faithful hair straightner has been broken for awhile now, despite all the banging it on things it just didnt want to work anymore. Aarahi has been hasseling me to get a new one for a few months but being one who finds it difficult to spend money on myself i've kept putting it off, until yesterday when being the lovely husband he is dragged me into the hair shop. The intent was to by a GHD but on talking to the hairdresser and trying a few out we settled for a Baybliss, lol $3 cheaper! I love it! It's easy to use and works FAST, like 10mins to do my hair which is ridiculously long and thick. 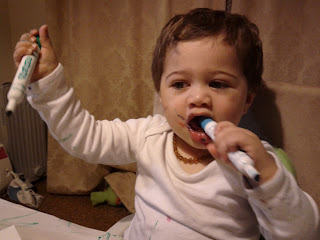 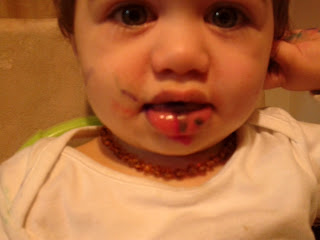 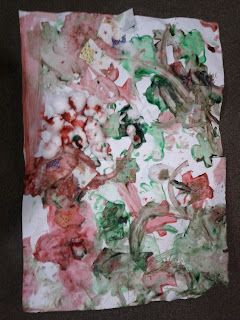 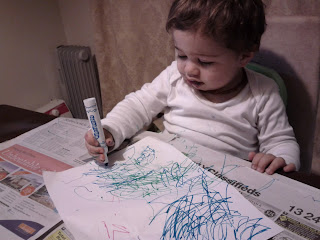