Yesterday we decided to go into the city and visit the Royal Botanic Gardens. It's something I had been wanting to do for awhile now. They have a Children's Garden which I was sure Auron would love, and we haven't gone anywhere especially for him so off we went. First we found a good spot for a picnic, I forgot to bring a picnic blanket so we made do with one of Liliana's. There were HEAPS of people who had the same idea as us. Once we went into the childrens garden it took a bit for Auron to really enjoy it, he seemed a bit apprehensive, although after 20mins or so he was having the time of his life. They had a cool water fountain thing, some kid stood on it and I got saturated, oh well. They also had a man-made stream that wound its way though the garden which the children could play in. This was Aurons favourite part. I had a feeling he wouold get we so packed a spare set of clothes. In hind sight it would have made more sense to change him into the spare shorts and tee shirt I brought first instead of letting him get wet in his long jeans and tee. Oh well that's life.
When Auron had exhausted himself we went to explore the rest of the garden. This was probably the favourite part of my day. Aarahi and I managed a good hour of non interrupted (auron was resting in the pram and Lili was asleep) time to talk. I don't think we even talked about money or kids.
After the gardens we went to Costco, to see if it was worth getting a membership...we are still thinking about it. Following our trip to Costco we caught the tram right into the city, to meet Aarahi's friend and his wife. Reece was one of Aarahis investigator's from his mission, he has since gone on a mission and gotten married. It was good to meet them. We went to this pizza place which was pretty average, despite its really good reviews. The waiters were really nice though and bought Auron a special plate of pasta (they dont do kids meals) Auron also had half the restaurant ooing and ahhing over him...not hard to do.
Dinner was followed by a walk down to Pancake Parlour for dessert. The five of us, Auron included shared a huge icecream sundae, it was called the colossal.
We arrived home about 10pm and it was definitely straight to bed.
Today Lili and I stayed in bed the majority of the day sick. Lili's not really too sick she just wanted to sleep all day.
It really doesn't look like we had a frugal weekend does it? well I did make some more frugal choices.
- I cut our grocery bill by $50 this week
- We parked further out from the city, $6 for parking instead of $16 and caught the free tram to the central city
- We shared a dessert which was $30 whereas is we had bought our own sundaes it would be close to $40 just for Aarahi and I.
- We packed a picnic instead of buying food at the Gardens
- had a $2 slurpee as a treat instead of $6 milkshake. 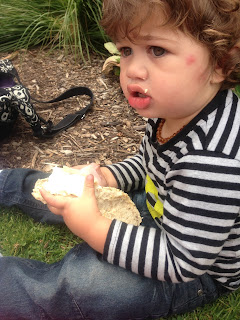 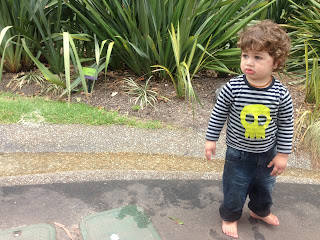 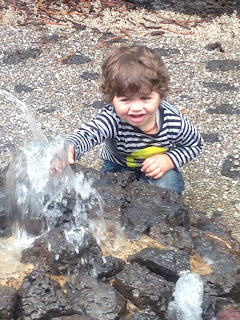 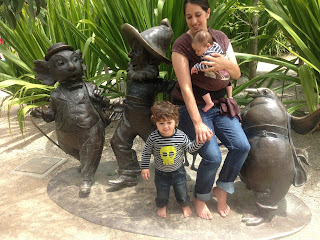 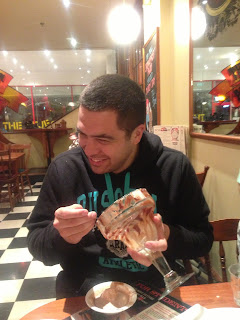 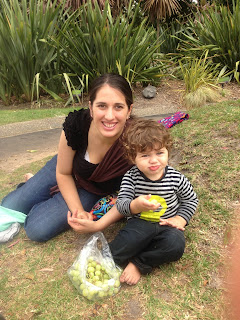