I have been extra spoiled this week. Earlier in the week Aarahi took the day off work to just hang out with us. He said I could decide what we did that day. We didn't do anything too exciting, a day shopping where i was treated to a few present. We had a lovely picnic at the park and played on the playground. On our way home we stopped at the baby shop and picked up our new double pram. I love it but it feels like I'm driving a truck or something haha well compared to our nice and compact little stroller. We got home and put on the new dvd we bought. For dinner we had yummy sandwiches made with bread from the breadmaker I got earlier in the day. It was a perfect day!
On saturday we headed out to pick up the new carseat for the new baby. I love it its such a cool colour, kingfisher blue. It will be good for either a girl or boy. Unfortunately they stopped making the pram in the matching colour but I was still determined to have the blue carseat. We did some more shopping, Aarahi bought some new games for his xbox and some new cards for the game we like to play. We had some yummy kebabs for lunch, everything tastes so much better when you are hungry! Later that night we went out to dinner and a place called Chilli Pepper. Lots of people have told us how good it was  but we thought it was pretty average. It was really busy though and had a nice atmosphere but the food wasn't as good as some of the stuff we have had in NZ. Despite Melbourne being the food capital of Australia we are yet to find something that we really really like. I guess we just have to go out more!
Today being Mothers Day I was presented with some pretty charms for my bracelet along with some new slippers which I have been hanging out for! At church the children ran the program which was really really cute they sung their little hearts out and did so well!  We came home and pretty much just blobbed out. Aarahi went to sleep not long after we got home and is still asleep now so he will probably stay there until he goes to work tomorrow morning.
Tomorrow Auron and I are flying home to NZ for a couple of weeks. We are excited to see everyone again. We are especially excited about Elder Matthews coming home and Uncle Khybers baptism ( I can't believe he's 8 already!). This will probably be our last chance to see Uncle TeArai before he leaves on his mission. 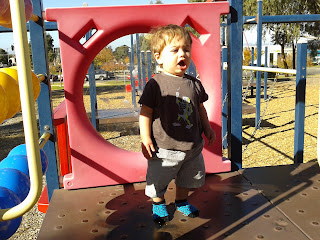 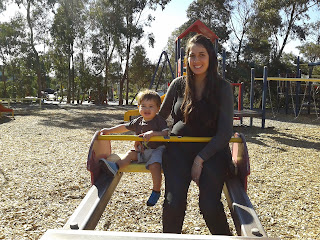 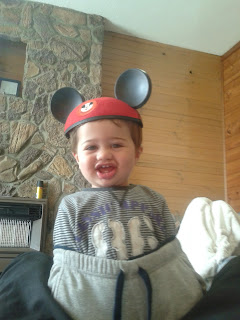