This is the 3rd and FINAL part of our trip. At 930pm on Friday night the kids and I headed off to the airport to catch our flight to Auckland to meet Aarahi who was flying in from Melbourne that night. Oh how I missed my husband! The flight was of course delayed, the check in lady offered to put me on the first flight in the morning instead but there was no way I was going to prolong seeing my husband longer than I had to. Little did she know that my kids are pro flyers by now. We finally left, it was bitter sweet. Auron occupied himself the entire flight playing with a wet wipe and a plastic cup.
I had booked a taxi, so when we arrived the taxi driver was waiting at the gate ready to help with bags etc, which was a blessing!
We arrived at the hotel around 12.30am and the kids went straight to bed whilst I waited for Aarahi. I checked his flight and it was delayed...why was I not surprised? I knew he would be a while as he had to pick up the rental car and find his way into the city, he hasn't spent much time in Auckland so I was hoping he wouldn't get lost. He arrived at 2am. YEY
The next day we planned to have a family day in Auckland and just spend a bit of time together. Instead we just went to my other family home and just had a rest before we drove to Tauranga which is where Aarahi's family are from and his parents live.
Sunday we went to church, a nice quiet day. On Monday we walked up Mount Maunganui you can read about that HERE. It was on my bucket list. I may do it again....ok I probably well. My legs hurt for 5 days following. Auron and his cousin Cumorah walked up pretty much the whole way by themselves only being carried every now and then. I wish someone could have carried me up though!
While we were in Tauranga we were able to go on a date BY OURSELVES. Ok this was a big deal for us. I can count on one hand the times we have been out without our children. Proabably because we don't live near our immediate family and I feel awkward asking other people to baby sit for us although I am sure they wouldn't mind haha. We went and played minigolf and then drove around a bit. We returned the favour to my brother and sister in law and they went out on a date later on.
The reason why we were in Tauranga was becauase Aarahi's little brother was getting married. More family started arriving and we moved into a hotel. The hotel we stayed in was AMAZING. It was an actual apartment with a kitchen and laundry. We really needed some family time with our own little family and this was the perfect place. The next day we helped set up the hall for the wedding reception then headed over to Hamilton to see one of Aarahi's friend's. They played cards (special geek cards) for a few hours while his wife and I watched trashy tv. It was perfect because I was tired and she was tired because we both had sick babies. We tried to do dinner at Lone Star, it was a dismal failure. Lili was not impressed with the food.
Friday we had the wedding. You can read more about a Mormon wedding HERE. The weather was pathetic. The groom had neglected to tell his groomsmen (his brothers) they needed black ties so we made a mad rush into town to get some of those 30min before the wedding. The happy couple seemed to have a wonderful day, as you would expect.
Saturday we packed up and headed back to Auckland. Lili was grumpy and sick and cried and complained pretty much the entire way there. We left the kids with Nanny and Koro while we went to the night markets again.
Sunday we were grumpy, tired, sick, exhausted and we had to fly back to Melbourne. The kids were good, but Aarahi was really sick and during the last 10mins of the flight Lili threw up on me. The toilets were closed in the airport so we just got through customs swearing we were never going on holiday ever ever again!
But we will do it all again in January.....haha we have recovered now, and everyone is back to good health.

My camera went flat and I couldn't find the cord so I am relying on iphone picture and facebook for these photos... 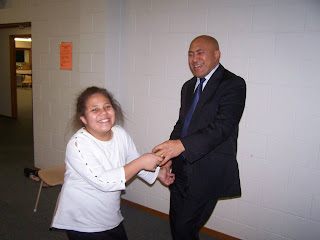 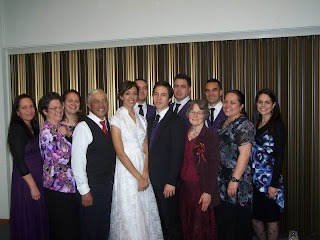