Earlier this week I was talking to my brother about when our Dad died. I think as siblings we have all felt differing emotions surrounding this event.
Maybe you need a background to our family...it's rather long and a little complicated. For most of my life it was just mum and I she was married once for 6 years or so but he wasn't so much of a nice man. Then one day she met Alby. His well meaning brother in law and sister set up a meeting to which my mum went and on her return said "nah, not for me" fast forward a few weeks and a letter arrived in the mail from Alby and everything changed. At this time I was 13 and totally grossed out by my mother dating. the next few months were spent travel to and from Hamilton where Alby and his three kids lived. (a long five hour drive) they were soon married and our life as a mixed up family began. A year or so later we as a family decided to adopt our little brother Teina who we call baby even though he's 11 now. We had PLENTY of ups and downs as you can imagine with a mixed family of 4 teenagers. When they were married our ages were Wane, 14, Me, 14 Eleanor 13 Kevin, 12. Our parents worked hard, a lot of the time we defended for  ourselves, we helped raise our little brother who was 1 1/2 when we got him.

Time went by we grew up and moved out of home, moved back home, moved out again...a vicious cycle. We all lost interest in church, sometimes we went other times we didn't. We weren't out doing stupid stuff  we just weren't all that interested in going to church and doing what we knew we should be doing. We made some dumb mistakes and learnt hard lessons. All the while our parents prayed for us, loved us, and set a good example.

Eventually my sister fell in love with a missionary that served in our ward...she said he had nice hands. They became engaged and were soon married but not in the temple. Things just didn't work out that way. They had an amazing wedding on the east coast of NZ surrounded by family and friends.
Three days later while out at lunch with my Mum and Nana we got a call from Alby's work mate that we needed to go home. Instinct set in and we all knew what had happened. While at work he had suffered a major heart attack and there was no way anyone could have saved him. His class of boys tried to do CPR on him as he had taught them only a week before.

Our house was soon full of family friends people we didn't even know. The hardest thing I have ever had to do was call my sister and tell her her dad had died. We then had to ring our brother who had just left on his big adventure to America and tell him.

Throughout the next few days our mum took us kids aside to tell us that she had had a dream or something can't really remember. But she told us that Alby had told her things to tell each of us. Pretty much in essence it was "get your act together and go back to church"

Fast forward 1 year. Almost to the day of Alby passing away, Eleanor, Kevin and I went through the temple together, later that day we were sealed to our parents. The next day Kevin left on his mission. One week later I was married in the temple to my wonderful husband. The next week Eleanor and her husband were sealed in the temple. The following week, our little brother was baptised.  In a few weeks Wane will leave on his mission.

I often feel angry, annoyed, and down right furious that Alby died. I get angry that my mum only got to spend 8 years with him that, he left us. Angry that he missed out on weddings and grandkids, missions and the chance to grow old. But then I stopped to think, If he hadn't died where would we be now? would I have the wonderful husband and baby that I have now? or would I be still chasing a loveless relationship? would my family be sealed together? would my brothers serve missions? would we as siblings be as close as we are now? I doubt it.

Mum said something to me not long after Alby died. She said "if I had to lose my husband in order for all you kids to be back at church and be happy I would do it again in a heartbeat"

Is that love or what?

Things happen for a reason, no matter how much we hate them. The lord knows all things, he knows what we really need. I wish that we didn't need such a drastic wake up call but I see now that we have been blessed in so many ways.

The second coming will be a wonderful time for our family.

Alby was an amazing man. The most humble man I know. A father people only dream of. A man of God.  Patient (you need to be patient in our family). He was a man to aspire to be like. He will always shape the way that us as his children live our lives. I know he will be looking down as each new grandchild is born. When Kevin enters the temple to marry his sweetheart. When Wane and Teina leave on their mission. He will be watching over our mum as she continues to guide our family and be the backbone as she always has. 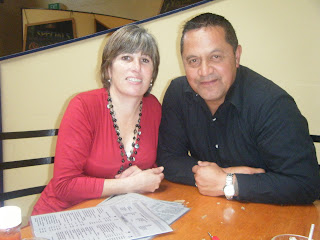 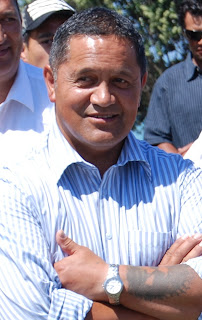 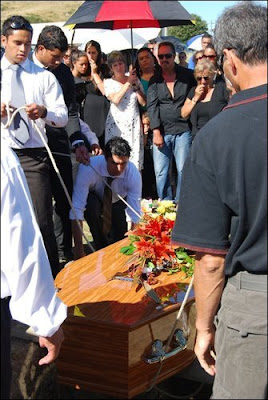 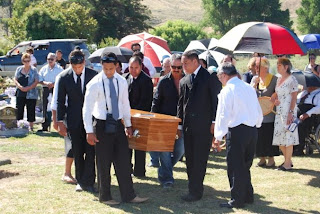 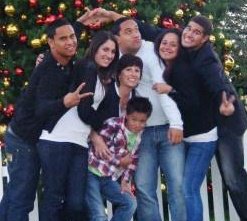