Another week done and dusted

This week I was struck down with a stomach bug of some kind. It came on fast! I spent 3 days vomiting and wallowing in self pity on the couch. Unfortunately since Aarahi is taking time off in a few weeks for his brother's wedding we could afford for him to take anymore time off to look after the kids for me. The kids however were incredibly well behaved! I got them up changed them and sometimes fed them breakfast. On one day I let Auron get his own breakfast and he was nice enough to make Lili a plate of fruit and a piece of toast. He made a huge mess but I didn't care. For the rest of the morning they usually played quietly, I put Lili down for her nap and not long after that Aarahi would be home. On one day I just put them both in Lili's cot with the ipad and some toys and then I got in bed and went to sleep. They were happy, and safe, well I didn't hear any complaining from them.
Along with the vomiting came a rash...and when I say rash I don't mean a small patch of red itchy skin I mean a bright ready bumpy itchy sore rash covering almost 80% of my body. It was crazy. That combined with the vomiting had me freaking out that I was pregnant, as both those things only ever happen if I am pregnant. So I send Aarahi off to the pharmacy for a test and some drugs to get rid of my burning skin. He protested about how he didn't want to buy a pregnancy test, but he's an awesome husband and came back with one anyway. Negative by the way.
I am feeling much better now, still not 100%  but better. We stayed home from church today as I wanted to keep the kids in as much of their routine as possible since we fly out this week. We have afternoon church and it messes with the kids sleeping and moods every week and it takes a few days for me to sort them out again. So hoping to avoid it this week.
Aarahi bought a Ps3 this week, too keep him company while we are away. I think he is going to relish the uninterrupted gaming time. He has been training Auron up on how to play Tekken. Not the most appropriate game for a 2 year old....or anyone for that matter but they are pretty cute playing together.
Today I have watched despicable me 3 times and its now playing for a FORTH time in a row. Aarahi was going to turn it off but....we're still watching. On Friday night we stayed up til 1am (big deal in our house) watching Person of Interest. We bought the first season on DVD and love it. Now we have to wait for the 2nd season to come out!!!!!!!!!!!! tempted to just download it though. 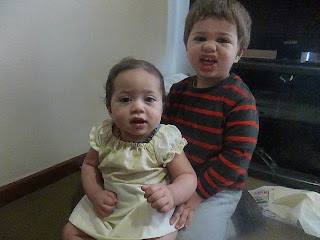 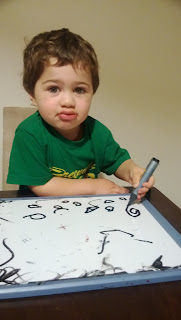