A Child That Looks After His Things

Today my happy moment occurred while we were at our church activity. As we rushed out of the house to get to the church Auron ran back inside and emerged with his bag which he had carefully packed with his drink bottle and a few of his favourite toys. I was hesitant to let him bring it as I was imagining the tears that would ensue should we lose his prized "batman". He looked too adorable with his little bag over his shoulder and he had taken such care to pack it so I let him bring it.
I watched him through the evening with his little bag. I watched how each time he would get his toy out he would carefully put in back when he was finished. He never let that bag leave his sight. He picked up his sister's drink bottle and put it in his bag too so "it no gone" in Auron's words.
The more I thought about it the more I realised that he is quite careful with his special things. He always knows where he left something. He always spends a good amount of time looking for something himself first before he asks for some help. Usually if he hasn't found it, it's because I've put it somewhere else. 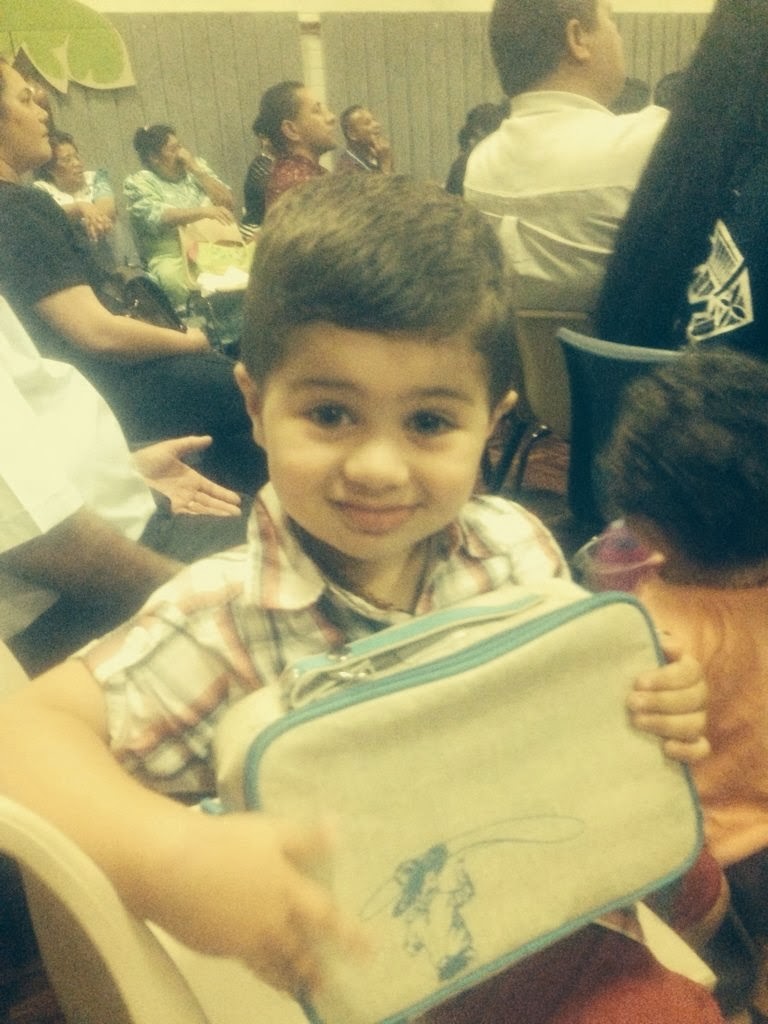